To compare one exquisitely beautiful island to another would seem like a crime, and even worse, think of them as sisters, two equally beautiful sisters, as their both French territories. The thing about Guadeloupe and Martinique is that they’re both very alike yet have subtle differences that make well-heeled travelers travel both. These two French overseas territories were once a single body, as Guadeloupe used to be a dependency of Martinique and was ruled by the latter’s leaders, making them essentially one. They have shared histories and consequently people and cultures, making them seemingly identical. To debate which one is better is like saying which sibling is your favorite.

What Are Martinique and Guadeloupe?

Martinique and Guadeloupe, once a single territory under French rule during the colonial years served as important outposts for trade in the developing new world and were home to important plantations that supply the conquests of the new world. Now, are two separate departments still under the same flag, but have become central outposts of a new frontier in the new age. Tourism.

Guadeloupe was once a dependency under the French flag, ruled via Martinique, at that time were important territories for the French crown. The Guadeloupe and Martinique of today have become hallmarks of that fabled Caribbean holiday experience.

Martinique is filled with lush green rainforests at the north, immaculate beaches, interesting locals, and a colorful rich blend of cultures, Martinique is undoubtedly beautiful. From its historical, beautiful cities of Fort-de-France, and Saint-Pierre, to its rainforest trails like Route de la Trace and the famous Mount Pelee, Martinique has something that you never know you’re looking for. The island’s many beaches in both the Atlantic and Caribbean sides are just some of the most picturesque in the region.

Guadeloupe, separate from Martinique, is an archipelago of equally beautiful and interesting islands in the Lesser Antilles that each has its own charm. Just like Martinique, Guadeloupe is sandwiched between the majestic Caribbean Sea, and the mighty Atlantic Ocean has been given by nature itself ridiculous views straight out of a travel postcard.

Where Is Guadeloupe and Martinique?

Guadeloupe straddles across the eastern Caribbean, along the northeastern reaches of the Lesser Antilles Arc. The archipelago also faces the Atlantic Ocean to the east, where hurricanes and tropical storms are usually formed. The French archipelago neighbors territories of other European powers, like the British’s Montserrat, French Martinique, and the sovereign island of Dominica.

The archipelago is also 120 km or 74 miles north of another French territory, Martinique which is considered at the geographical heart of the Antilles. Martinique lies at the eastern side of the Caribbean, right at the geographical center of the Lesser Antilles, along with the Windward Islands, which receives significant trade winds coming from the east.

What Body of Water Surrounds Martinique and Guadeloupe?

The French Caribbean, if you include Saint-Martin, further north, is surrounded by interesting waters, as both Guadeloupe and Martinique are sandwiched by the Caribbean Sea to the west and the greater Atlantic Ocean to the east. Both territories straddle across the Lesser Antilles, giving them relatively easy access to both bodies of water.

However, this location may have given the islands a step-up on natural beauty and resources, they are both subject to hurricanes and tropical storms that can directly hit them. Despite their safety, natural phenomena are the riskiest aspect of the French Caribbean islands.

What Country Is Between Guadeloupe and Martinique?

It used to be occupied by the French, then the British which was subsequently granted independence in 1978. Guadeloupe lies northwest of the island with a distance of 96 km or 60 miles, while Martinique is 99 km or 62 miles south-southwest of Dominica.

What Is the Official Language of Martinique and Guadeloupe?

How Far Is Guadeloupe From Martinique?

Guadeloupe is approximately 193 km or 119 miles from Martinique, directly. With only the island of Dominica standing between them, getting between Guadeloupe and Martinique is easy and short, as they are both territories of France.

If you decide to travel in between, the fastest, and arguably the cheapest option is to fly. Given the distance and logistics, it only takes about an hour or so to get between the islands.

How Do You Get From Guadeloupe to Martinique?

There are two common ways to get between these islands: by flying via regional charter flights, or ferries from their respective main ports. Should you decide to fly, you can purchase direct flights with Air France, Air Caraibes, and Air Antilles which offers flights between Fort-de-France in Martinique and Point-a-Pitre in Guadeloupe.

If you prefer taking a slower pace and see much of the Caribbean waters in between, you can take ferries with L’Express des Iles, which could cost 79 EUR or 93 USD, roundtrip, via Fort-de-France and Point-a-Pitre.

How Are Martinique and Guadeloupe Similar?

Martinique and Guadeloupe are two islands that are so similar in so many ways but are different in the subtlest yet most impactful of ways. They are both controlled and colonized by France centuries past, and have been subject to many tumultuous periods in history but came out thriving and beautiful, to say the least.

Both islands are also, what you would say, the quintessential Caribbean in the beauty of their beaches and natural characteristics. The significant presence of diverse cultures, majored by the Afro-Caribbean, or the Creole people, are one of the factors that make both territories the Caribbean in its face, and spirit.

Both islands are also nestled by the Caribbean Sea, and the Atlantic Ocean giving them noteworthy beaches and ridiculous travel postcard views that just keeps getting better, luring eager travelers in. The islands’ curious landscape is also a thing to behold, especially with Martinique’s varied weather in the north and south, and Guadeloupe’s hike-worthy greeneries in its myriad of islands.

As for the food, if you’re a big seafood lover, you’ll fit just right in every restaurant. With creole backgrounds, French and South Asian influences, expect that you will have a mish-mash of flavor on your palettes as the islands’ gastronomy is superpowered with a blend of rich and diverse ingredients, not to mention the spices and fresh vegetables and fruits.

Which Is Better – Martinique or Guadeloupe?

To compare them is to underestimate the entirety of the French Caribbean or even the entire stretch of the French Republic. Martinique and Guadeloupe are like two brothers brought up at the same time, and have grown to become accomplished adults, and have lived separately. But despite the separation, they are like two peas in a pod. Equally beautiful, and equally worthy.

Guadeloupe has more to offer when it comes to nature and beaches, and little quaint seaside towns due to its many islands, while Martinique’s charm lies in its rich culture, from exquisite food, often touted as the best in the region, to its music and parties, especially with the island’s version of the Carnival.

Should I Visit Guadeloupe and Martinique?

If you plan on visiting any of the French Caribbean Islands, you can always choose to visit the two, as they’re both equally beautiful and interesting, with varying degrees of similarity when it comes to culture and people. However, one thing that might help determine your decision is the subtle differences of the island, like Guadeloupe’s numerous islands, and places to discover, or Martinique’s more festive personality.

It’s best to consider these small things, and the similarities to arrive at a decision. But with charter flights and ferry rides, you can always conquer both of them. Guadeloupe and Martinique aren’t the most expensive islands in the region, and the costs are just the same, and in Euros at that. 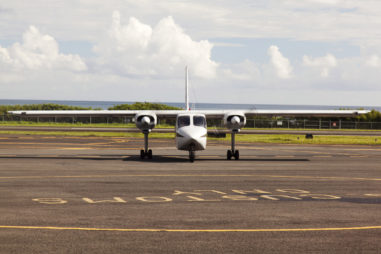 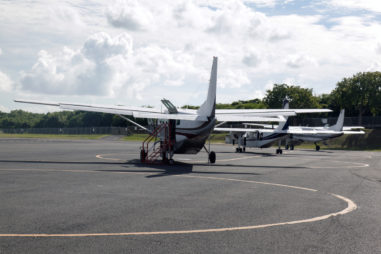