The three gems that sit at the helm of the Dutch Caribbean crown, Aruba, Bonaire, and Curacao are some of the most beautiful, divine islands a seasoned traveler should visit at least once in their lifetime. The ABC Islands’ penchant for cultural quirks, interesting locals, and natural beauty has earned them places in some of the most coveted must-travel lists in the world. Aruba’s most beautiful beaches, Curacao’s underrated gems, and Bonaire’s laid-back living has given this area quite an enduring reputation. One that keeps calling more tourists to dock on its shores, and conquers its beaches.

What Does the ABC Islands Stand for?

Three of the most famous Dutch Caribbean islands, the ABC Islands are the prime jewels of the south Caribbean. The letters stand for Aruba, Bonaire, and Curacao, the islands that make up the island group that runs along the southwest of the Lesser Antilles.

Located just off the coasts of Venezuela, Aruba, Bonaire, and Curacao are famous for their lovely beaches, awe-inspiring natural attractions, like the myriads of dive spots, charming cities, and towns, and multilingual and multicultural people.

Along with Saba, Sint Maarten, and Sint Eustatius, the ABC Islands were a part of the dissolved Netherlands Antilles, a conglomerate of islands that were under the total rule of the Dutch crown. Now, only a handful of these are considered technically under Dutch rule, some have autonomy within the Kingdom.

No country owns Aruba, Bonaire, and Curacao, however, they are under the headship of the Dutch crown, or the Kingdom of the Netherlands. However, their autonomy and type of government vary from one another after the dissolution of the Netherlands Antilles in 2010.

Aruba and Curacao are constituent countries within the Kingdom of the Netherlands, which means they have governance over their parliaments, and internal affairs – such as currency, policy, and lawmaking, etc. While the Dutch crown oversees their foreign policies, and affairs, as well as defense.

Bonaire, on the other hand, is a Dutch municipality within the Kingdom of the Netherlands. The island doesn’t have autonomies in the same way as Aruba and Curacao do. Bonaire has closer ties to the central government and is thus ruled by the Dutch crown on many levels. To better understand this: just think that Bonaire is just another municipality in the metropolitan Netherlands, except that it’s located in the Caribbean Sea.

Are Curacao and Aruba the Same Country?

Is Bonaire Part of Curacao?

Bonaire is an island that sits just a few miles from Curacao, but it is not a part of it. While both countries are under the headship of the Dutch central government, Bonaire has closer ties making it a special municipality outside of continental Europe and the metropolitan Netherlands.

This means that Bonaire isn’t a constituent country and that it doesn’t have the same autonomy as Curacao does. It is ruled by the Dutch central government in the same way they oversee municipalities in the metropolitan Netherlands.

Where Is ABC Islands?

The ABC Islands lie south of the Caribbean Sea right along with the Lesser Antilles, just off the coast of Venezuela. These islands used to be important trading posts for the Dutch during the colonial era, governed by the WIC, or the Dutch West India Company.

Now, the islands are still part of the Kingdom of the Netherlands, along with other former Netherlands Antilles islands. Aruba, Bonaire, Curacao (ABC), are underrated locations for a perfect sunny getaway in the Caribbean. All thanks to its location situated just outside of the Hurricane Belt.

Where Are Curacao and Aruba?

Curacao and Aruba sit side by side south of the Caribbean islands, and 49 and 15 miles north of the coasts of Venezuela, respectively. These two islands, together with Bonaire, are situated north of the equator and are thus subject to powerful easterly trade winds that tend to sweep through the islands, especially at the eastern coasts.

Which Is the Biggest of the ABC Islands?

With a total land area of 472 sq kilometers or 180 sq miles, a length of 64 km or 40 miles, and a width of 16 km or 10 miles, Curacao is the largest island among the three, and also has the largest population. With its size, the island has a plethora of beaches that count to around 30 to 40+, making it an ideal island to explore.

Curacao is generally flat and with diverse coastal characteristics. The southern coastlines are irregular, speckled with small bay and inlets – the most famous one is the inlet surrounded by the city of Willemstad, spectacular bays that make up the many lovely beaches known in the island today.

The north coast on the other hand receives the trade winds making it hard to swim in, except for surfing enthusiasts. The coasts are also characterized by rough terrains and limestone formations. Compared to the south, the northern coasts are less inhabited and less visited.

Which Island Is Bigger – Aruba or Curacao?

Is Bonaire Bigger Than Aruba?

Bonaire is slightly bigger than Aruba with a total land area of 288 sq kilometers or 111 sq miles, Bonaire is the second-largest among the ABC Islands. The island also has a length of 39 kilometers or 24 miles, and 11 kilometers or 7 miles wide. However, Bonaire has the smallest population of 25,000+ compared to Aruba’s 107,000+.

Are the ABC Islands Safe?

Generally considered some of the safest of the Caribbean islands, safety is another one of the ABC Islands’ biggest draws that keeps enticing visitors from the US, Canada, Australia, and even Europe. Constantly categorized as mid to low-risk countries, the ABC Islands have medium to minimum threats to visitors. Of course, normal levels of precautions are still encouraged.

Do the ABC Islands Get Hurricanes?

Sitting just outside of the Hurricane Belt, the ABC Islands do not get directly hit by hurricanes. There hasn’t been one for a long time. However, hurricanes that traverse just a few miles north of these islands can affect the weather, especially by the trough of a hurricane or tropical storm.

Due to this location, the ABC Islands enjoy relatively storm or hurricane-free weather all year round, except for the occasional rain during the months of October to December. Other than that, you will find that any of the ABC Islands have sunny warm weather throughout the year.

How Do You Travel to the ABC Islands?

If you wish to have cheaper tickets, it’s best to buy them a month before. Expect to have higher prices if you’re flying during the peak season of January to February, or March. However, you can still get good deals if you book months before the season. 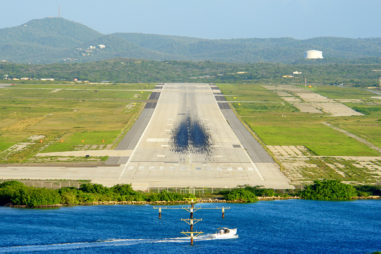 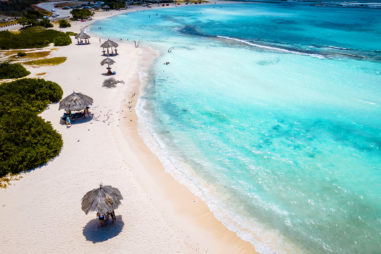 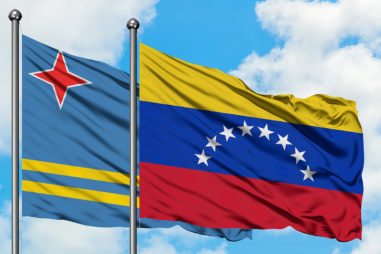