The splendid Isla de Culebra (Culebra Island) is beautifully laid 17 miles (27 km) east of Puerto Rico's mainland. Puerto Rico, a country in North America, has a lot of beautiful islands, and Culebra is one of them. When planning to travel to the best-kept secret paradise in the Caribbean, the Culebra, it is essential to have a background first on its geography. The United States of America owns Culebra Island. When you want to visit this magnificent island and are an American citizen, there’s no need for your passport to come with you — you can enter Culebra without it.

Is Culebra an Island?

Yes, Culebra is an island. It consists of the main island with twenty-three islets surrounding its coast. The said island belongs to the Puerto Rico archipelago and is geographically part of the Spanish Virgin Islands.

How Big is the Island of Culebra?

Culebra is small yet perfect for travelers. It is all thanks to its charming white beaches, enticing underwater kingdom, and welcoming residents. It is also recognized as the most idyllic, worth-visiting destination globally.

Where in the Caribbean is Culebra Island Located?

Is Culebra Part of Puerto Rico?

Culebra is a Puerto Rican Municipality. It is a small, deserted island that lies off the east coast of Puerto Rico.

Is Culebra Part of the United States?

Is Culebra Part of the Virgin Islands?

Can You See Culebra from St. Thomas?

Yes, there’s a chance that you can see Culebra from St. Thomas. You can also spot St. Thomas from Culebra through Playa Zoni. Culebra is approximately 12 miles (19.3 kilometers) west of St. Thomas. St. Thomas is one of the neighboring islands of Culebra.

You can reach Culebra from St. Thomas by boat and yacht rentals. Traveling by air is also doable as it has daily flights between St. Thomas and San Juan, Puerto Rico, and from San Juan to Culebra.

What Is the Main Town of Culebra?

The main town of Culebra is Dewey, which comprises most of the island population. With a few inhabitants, the place is peaceful and perfect for people who want to escape from the busy, noisy streets of the city. In addition to that, there are six barrios in Culebra, namely:

When Was Culebra Founded?

Culebra island was founded in 1880, the 27th day of October, by Don Cayetano Escudero. He was the first envoy of Culebra assigned by governmental order. The original names of Culebra Island were “Isla Pasaje” and “Isla de San Idelfonso” in the name of San Idelfonso de la Culebra, Bishop of Toledo.

The island is also known as “Snake Island” (Culebra is the Spanish translation of the word snake), “Isla Chiquita” (small island), and “Ultima Virgen” (last virgin).

Why Are There Tanks in Culebra?

There are tanks in Culebra Island because it is a U.S. territory. Some parts of the island served as a U.S. Naval base and were used before as a practice site for gunnery and bombing.

A few of the navy’s remnants remained visible along the shore of the pristine island as a mark of the island’s military history. One such is the rusted tanks that became an iconic photo op for visitors. 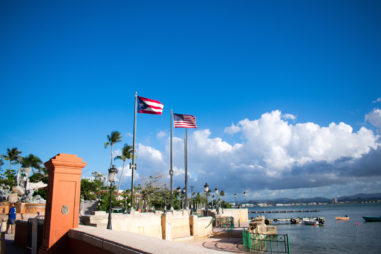 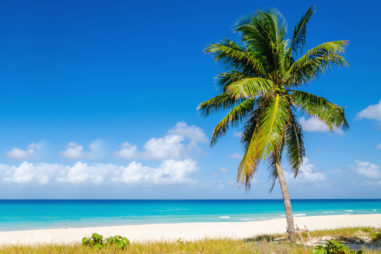 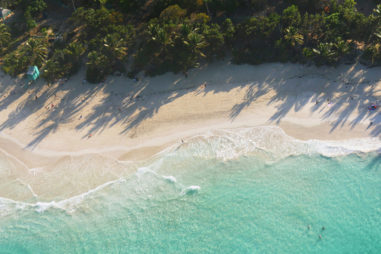 Does Culebra Have Beaches (and How to Get There)? 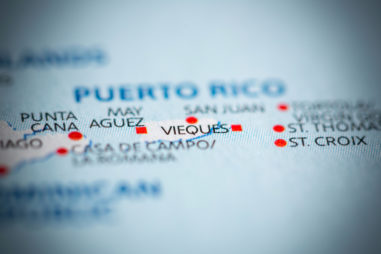 Where Is Vieques Island Located (and What Country Does Vieques Belong to)?