Is Curacao Expensive to Visit (and What About Currency and Tipping)?

Curacao can be expensive just like Aruba and Bonaire, however, there are always things you can do to get around with the pricey things and arrive at the niceties that Curacao can give. However, even with its pricey reputation, Curacao’s prices aren’t sky-high. If you’re a budget traveler you’ll know what to do. 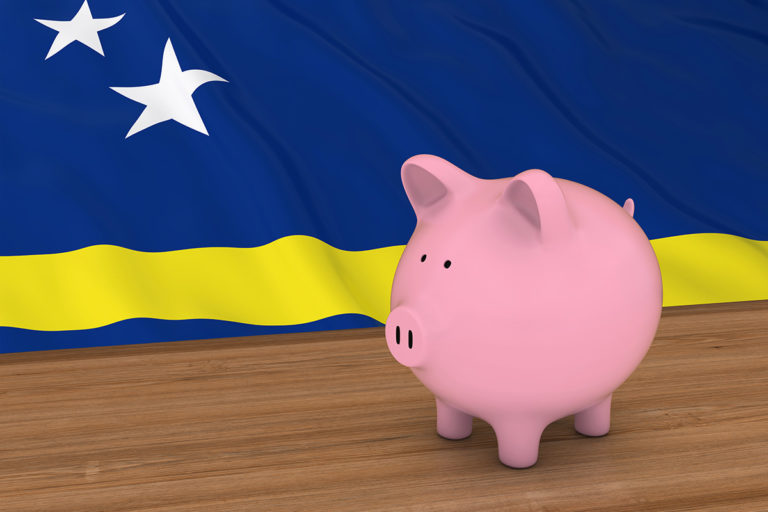 The best tip when it comes to money in Curacao as a tourist? US Dollars. It can get you far as it is the most widely used. Plus, gauging the island’s cost of living by researching can help you hinge your spending properly once you’re on the island.

Is Curacao an Expensive Island?

The Dutch Caribbean is a famously expensive place to visit, especially if you’re looking to spend less, and do more. The ABC Islands, especially Curacao and Aruba can be pretty expensive especially during the peak season, but that doesn’t mean you have to be rich to enjoy this beautiful part of the Caribbean. You just have to be smart.

In comparison, to have an idea of the cost you’ll probably be spending: an affordable meal in a sit-down restaurant can cost you around 11 USD in Curacao, while in Aruba it can set you back to 17 USD. A local beer costs around 4 USD in Aruba, but in Curacao, it’s around 3 USD.

By looking at small purchases you can already tell which is which, and how expensive these islands can be. Fortunately, for Curacao, you can expect lower prices compared to Aruba. However, if you compare Curacao with other tourist meccas like Cancun in Mexico, you might be able to see certain differences.

First off, Cancun is known to be one of the most expensive places in Mexico because of its tourist hype and the beauty it holds. For comparison, an affordable restaurant meal in Cancun costs around 6 USD, while the same meal is a whole 11 USD in Curacao, and beer in Cancun is only 2 USD, compared to Curacao’s 3 USD.

For perspective, Curacao may not be the most expensive locale in the Dutch Caribbean, but it is definitely more expensive than other tourist hotspots on the greater Caribbean, for Cancun, is, after all, one of the Caribbean’s jewel.

What Type of Money Is Used in Curacao?

Curacao’s official currency in use is the Netherlands Antillean guilder abbreviated as ANG, also called the Florin. What makes the guilder interesting is its proximity to the USD dollar, just like the Belize dollar. 1 USD is equal to 1.80 ANG – this proximity might come as a shock to dollar users, as the US dollar’s value is close to the Curacao florin which takes away a lot of financial advantages of the US dollar’s power.

Its also widely acceptable to pay, and use USD in Curacao, not only because of the currency’s proximity to Curacao’s but a huge portion of the island’s tourist demographic are US Americans. It’s best to look up in advance whether or not, you should convert your local currency to USD or the local Curacao florin or ANG, for ease of payments.

Can You Use Euros in Curacao?

Due to the island’s wide use of the USD, mainly for trade, and tourism, you can’t use Euros anywhere. The same situation goes for other currencies, like Canadian dollars.

You can use euros only on selected resorts and hotels that are heavily tied to Europe, but it’s best to be prepared if you’re from the Eurozone, it’s best to exchange your money in advance for either US dollars or the Netherlands Antillean guilder for ease of payment and a better exchange rate.

Can You Use Us Dollars in Curacao?

US Dollar is widely used in Curacao, because of the currency’s proximity to Curacao’s, and the strong trade partnership between the two nations. But, a lot of it is also because of the huge US  American tourist demographic is coming to Curacao.  It’s best to look up where and how you can convert your local currency to USD or the local Curacao florin or ANG, for ease of payments.

Are Us Dollars Accepted Everywhere in Curacao?

Because of the US dollar’s wide use in tourism, dollars are accepted everywhere. The USA has long been a strong trade partner among the ABC Islands, US Americans are also the largest tourist population on the island.

Due to the island’s wide use of the USD, mainly for trade, and tourism, you can’t use Euros. The same situation goes for other currencies, like Canadian dollars. If you’re from the Eurozone, or even from Asia, it’s best to exchange your money in advance for either US dollars or the Netherlands Antillean guilder for ease of payment and a better exchange rate.

What Other Currencies Are Accepted in Curacao?

US dollars and the local currency, the Netherlands Antillean guilder, also called the florin, and to a small percentage, euros. But it’s best to have US dollars or florin in hand, and in varying denominations – as these currencies are the most used and widely accepted in Curacao. The euros and other currencies won’t get you far.

You can trust that you won’t be at a disadvantage in using US dollars as the exchange rate isn’t too far out, and most establishments accept credit cards and traveler’s checks. As per testimonies, only gas stations commonly accept cash, other use more modern methods. And, euros can only be used in few select hotels.

What Is the Best Currency to Use in Curacao?

The best currency to use is either the US dollar or the Netherlands Antillean guilder (ANG) also called florin. These currencies are the most widely used on the island, with florin as the official currency. US dollar exchange rates aren’t too far out and are the most common currency used by tourists on the island.

Do You Tip in Curacao?

Curacao does have a tipping culture just like the rest of the Caribbean and is naturally expected in the tourism sector. However, most establishments will have a service charge included in the bill, but tipping extra is at your own discretion. If you do tip, it will let them know that they’re doing a great service, and it will certainly go far.

How Much Do You Tip in Curacao?

Restaurants usually charge a 10% service charge and most hotels at 12% of the total bill, and some establishments have varying percentages. 5% of the service charge is a government tax and this will go to the government, and the rest are split upon the service crew. The bigger the business the higher the service charge, because there is more staff. This practice is the same as in Europe.

Anything you pay beyond that is considered a gratuity, it may not be entirely obligatory and necessary but it helps service workers. Plus, it also lets them know that they gave you great service and experience – which goes a long way in the tourism sector.

How Much Money Should I Bring to Curacao?

You don’t need to bring a wealth of hard cash and an expansive budget to enjoy Curacao, though it may be more expensive than a lot of Mexico’s best you can surely find a way to get your budget around. All you need is to have at least 2,000 USD a week for a single person to enjoy Curacao given Willemstad’s cost of living rates.

To break it down, you only need around 250 to 300 USD per day in Curacao per person, but, that is only the average daily cost. This means, if you’re the type to spend less, you can maximize your budget.

How Much Is a Vacation to Curacao?

The ideal number of days to enjoy Curacao is a full week, and the average weekly cost for a single person is around 1,800 to 2,000 USD, you can just double that for couples. On top of that, you have to consider average accommodation rates that might cost above 186 USD for one person in a hotel and 372 USD for double-occupancy rooms. Add that for airline tickets that might differ according to the season you’re flying into.